What We Do Pricing Start Selling
The Landing 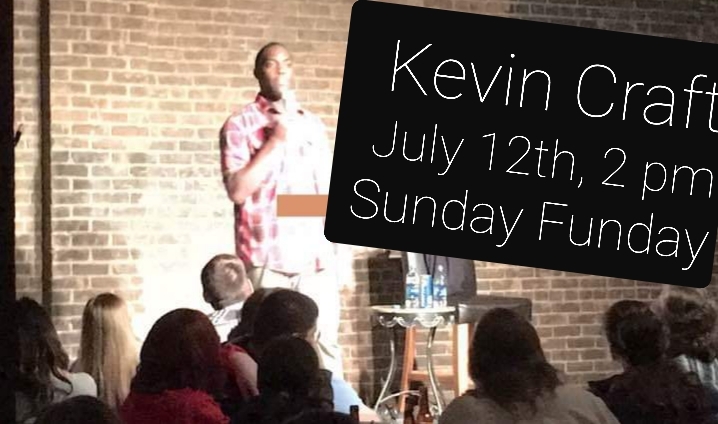 Returning for a show much needed after the last several months. He's from the Minneapolis and the Old Mill Event Center is one of his favorite venues.

His last show in 2017 here sold out! We've tried to book this 2020 show three times. Finally, we are going to do it, socially distanced and ready to laugh our a**** off. We need it.

Don't miss this show and it's a Sunday Funday show. We will have Bloody Mary's, Mimosas, and all kinds of other good stuff.

You can also order food from BigRiverBurritoCompany.com and they will deliver to the venue.

More about Kevin:  Growing up in an environment where everybody wanted to get into the music industry, Kevin Craft wasn’t passionate about singing or rapping, on the other hand, he did realize that he was a natural at making people laugh. “All my friends were trying to get into the music industry and that wasn’t me. I can’t rap, I can’t sing. But when we would start capping on each other, I always found a way to turn it into a story and make them laugh. After a while I noticed that it really wasn’t hard for me to make people laugh…it was like a gift.”

Craft decided to turn his God given talent into a career, he worked on his jokes everyday, started to frequently visit any open mics he could find, and host music showcases for his friends.  Being a comedian in Minnesota seemed to be a bit difficult at times and he wasn’t sure if he was on the right track, till he came across a posting for an audition and this fortuitous encounter would lead him to the semi-finals in Chicago for The 2006 Last Comic Standing. That opportunity removed all doubt from his mind about his career as a comedian, he knew that he had something that could take him to the top.

Since then, Kevin has been featured on CNN regarding his YouTube Videos and also featured on TMZ for the big spoof of the Burger King commercial “Whopper freakout ghetto version”.  Kevin has appeared on the Tyra Banks show, Travel Channels Top Spot and has also starred on VH1’s “Tool Academy 3″.

Kevin is a traveling comic and can be seen touring all over the country. He takes pride in every show he performs in and makes it a priority to keep the audience laughing and wanting more.

Here's a link to a video of him sharing a story about South Dakota's wrestling legend, Brock Lesner:

Here's a link to Kevin's Facebook page. Notice his header image is of the Old Mill when he had a sold out show with us in 2017. We can't wait to see him back home so to speak.

Best pricing is for socially distanced tables of four for only $40 and comes with chips and salsa. A few VIP tables for six are also available with Big River Burrito Lunch included.

Otherwise $12.50 in advance and $15 at the door if we have not sold out (Kevin sold out last time). Tickets are limited with safe social distancing and masks available if you are going to laugh out loud. Plus, what a great opportunity to have a photo op of a comedy show with everyone concealed. Bring your own cool mask for the photo op!

This is going to be fun!

(Adult only event, not appropriate for others or the sensative at heart.)