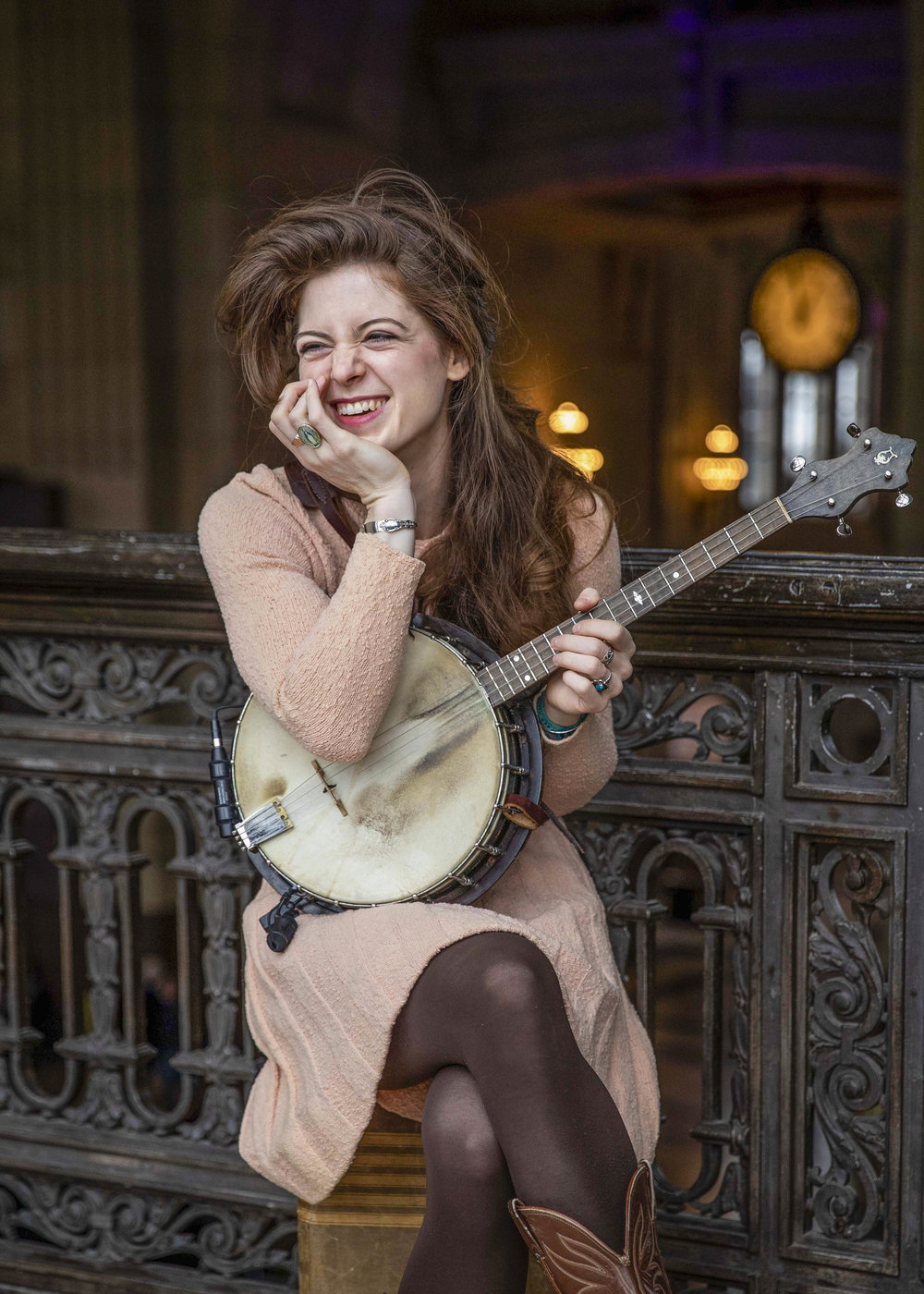 On the walls of any local used music shop there hangs a gallery of mysteries. Picked up and handed down across the decades, each instrument contains the imprints and stories of those who have played it before, most of which remain untold. For Kansas City-based songwriter Kelly Hunt the most intriguing of these stories is the origin of her anonymous calfskin tenor banjo. “I really wasn’t looking for it,” she says, “but I opened up the case and it said ‘This banjo was played by a man named Ira Tamm in his dog and pony show from 1920 to 1935.’ I strummed it and said ‘This is unlike anything I’ve ever heard.’ People often think of the banjo as being rather brash and tinny - loud and kind of grating - but this was so warm and mellow, with an almost harp-like quality to it, very soulful” – apt words for the Memphis native’s debut album, Even The Sparrow, on Rare Bird Records.