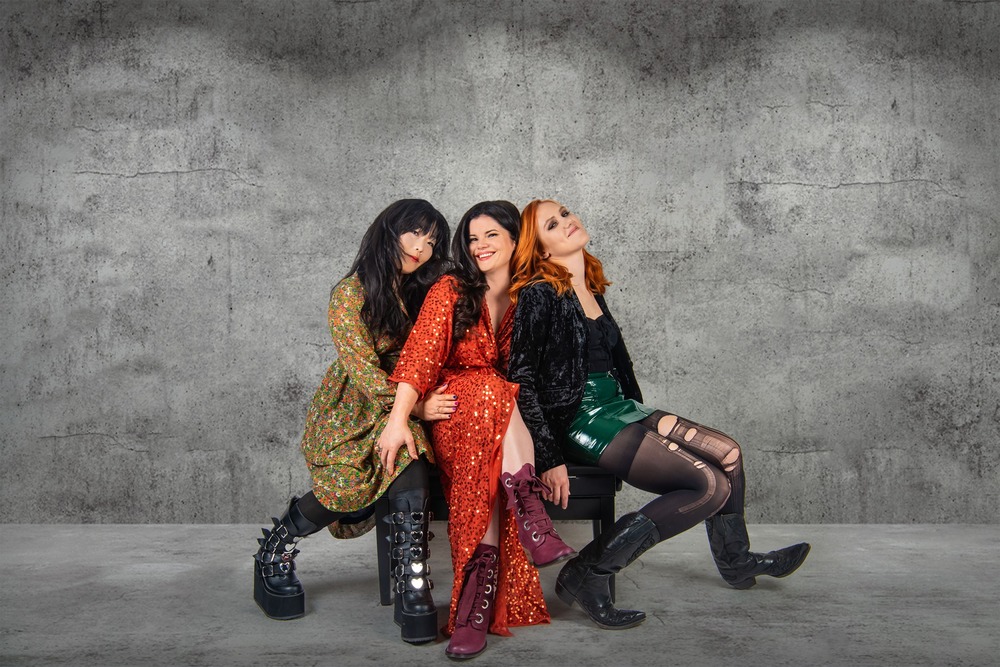 Hailing from Texas, Georgia, and Alabama, respectively, and now neighbors in Austin, BettySoo, Rebecca Loebe, and Grace Pettis, have individually bewitched audiences with unforgettable songwriting for years. Friends now for a decade, they first met at the legendary Kerrville Folk Festival, each winners of the prestigious annual “New Folk” award there. Beautiful singers, effortless instrumentalists, and seasoned touring artists– they recognized that what each can accomplish individually could be made all the stronger by this collaboration. Delving into pop-rock and soul territory fully and deliciously, their pristine voices blend so well, it’s sometimes hard to tell who’s singing what- ever for them. The effect is like listening to sisters, until they trade off lead vocals. Then the distinctive, complementary elements of their voices becomes thrillingly evident. Their debut EP Waterline on the Lucky Hound label is out now! This Fall they released two Christmas songs (“Someday at Christmas”, and “Merry Christmas, Baby”) and their cover of Tracy Chapman’s “Fast Car”. In January, they will complete the recording of their first full length album, Nobody’s Girl - which will be released on July 10, 2020. It is being Produced by Michael Ramos. The first single (TBD) from it will be released March 6th.​