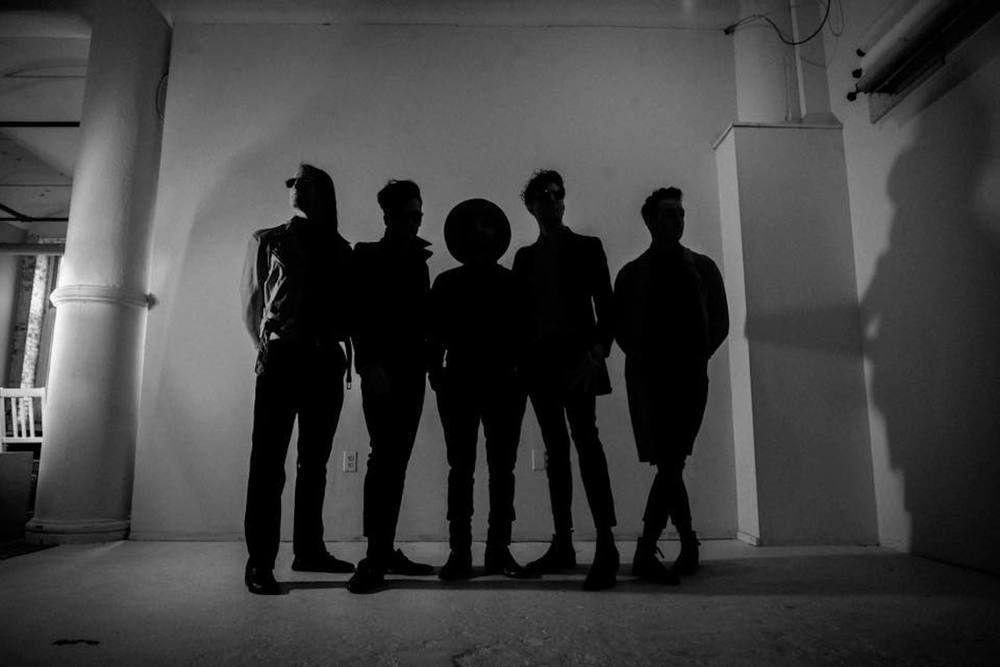 Melodic and guitar driven, Super City is known for their hooky pop sound that blends heavy rock elements and danceability, all with coordinated band choreography that results in killer live performances. This Baltimore band expertly crafts guitar and synth earworms that thrive on the creative tension between bombastic rock and roll and stylized movements. Their structures and melodies leave no room for a dull track. At times soothing and inviting, at times posturing and timeless, Dan Ryan and Greg Wellham vocally guide this pop band into a new, heavy and beguiling territory that is both memorable and brash. Super City is Dan Ryan (lead vocals, guitar) Greg Wellham, (lead vocals guitar), Brian Brunsman (bass, vocals), Jon Birkholz (guitar, keys, vocals), and Ian Viera (drums & vocals). Super City has played with a variety of national acts, including Tokyo Police Club, Bombino, Rubblebucket, White Denim, Your Smith, Yelle, Baum, Durand Jones and the Indications, Vetiver, The Oh Hellos, and Cuddle Magic, as well as appeared at Artscape, Light City and other notable festivals. They are very active in the Baltimore scene, and their song “Artificial Sin” was one of 89.7 WTMD’s top played songs of 2016. Further, they are known for their active tour schedule, with several cross country tours under their belt. Released in 2018, Super City's full-length Sanctuary has solidified the band's approach, combining the raw, heavy rock of Queens of the Stone Age with the danceability of Prince. Sanctuary was awarded Album of the Year by 89.7 WTMD, and continues to make waves with the lead-off video for the title track.