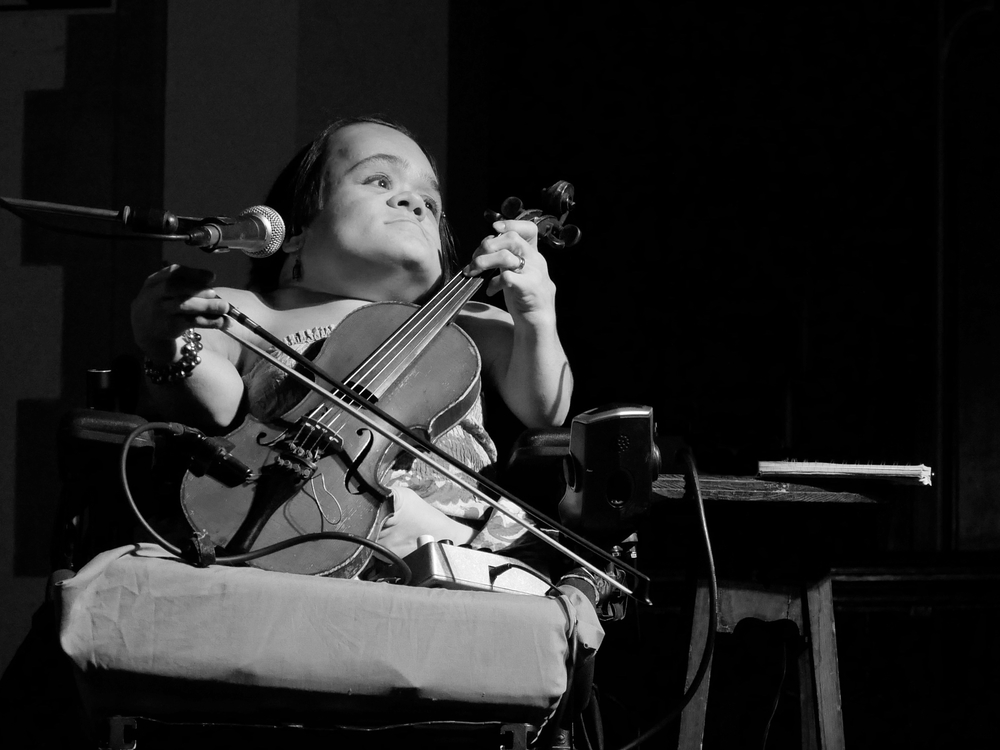 Gaelynn Lea won NPR Music's Tiny Desk Contest in 2016, and she's been on the road ever since playing her unique mix of haunting original songs and traditional fiddle tunes. So far the singer-songwriter and violinist has appeared in 43 states and 8 countries - she's graced the stage of renowned venues like Nashville’s Music City Roots, The Kennedy Center and House of Blues Chicago. Although she most often headlines her own shows, Gaelynn Lea has also opened for several well-known bands such as Wilco, The Decemberists and the industrial rock supergroup Pigface.

Kelli Rae Powell is an old-timey albeit timely cabaret-style bad girl. Regarding her wry and original tunes, she has been described as a tiny uke-toting red-headed would-be step-child of Billie Holiday and Johnny Cash. Tommy Ramone once called her a "poet" to her face. She invented the Drinkaby: a song that is part lullaby and part drinking song. Born in Nebraska and raised in Iowa, she moved to New York City after she graduated from college. Kelli Rae will play the ukulele until the end.