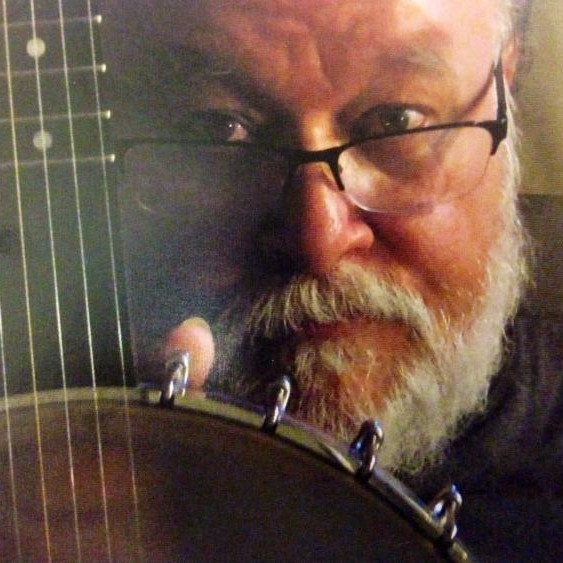 oel Mabus may be called a singer-songwriter, but he doesn't sound like one.  He's the son of a 1930's old time fiddle champ and a banjo-pickin' farm girl.  His performing career began in college during the Vietnam era, where he studied anthropology and literature by day and played coffeehouses by night. One critic writes, "Joel Mabus knows his way around the English language and American culture just as well as he knows his way around a fretboard.”  Born in 1953 in the southern Illinois town of Belleville, Joel has recorded 27 solo albums of original and traditional music since his recording career started in 1978.  Joel's latest CD is 2019's Time & Truth  a return to songwriting both topical & timeless. Among his awards: inducted into the Detroit Music Awards Hall of Fame in 2000, the inaugural Lantern Bearer Award presented by Folk Alliance Region Midwest (FAI) in 2006.   A one-off in the folk world, Mabus defies any easy pigeon-hole.  His palette ranges from mountain banjo to jazz guitar -- from sensitive introspection to wicked satire.  He's both picker & poet, and from coast to coast over the past 40 years this Midwesterner has brought audiences to their feet, wanting more.