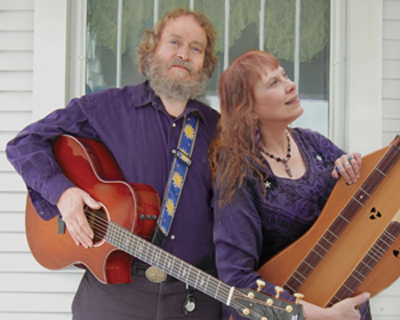 February Sky is traditional singer and Celtic guitarist Phil Cooper with songwriter and singer Susan Urban.  Phil sings and plays his own arrangements of traditional songs and tunes on six string guitar and cittern, and he also interprets a number of carefully chosen songs from the best of modern Folk song writers, as well as backing Susan up on her songs.  Susan Urban is a writer of story songs and humorous “slice of life” songs.  She accompanies her songs, plus Phil’s songs and tunes,