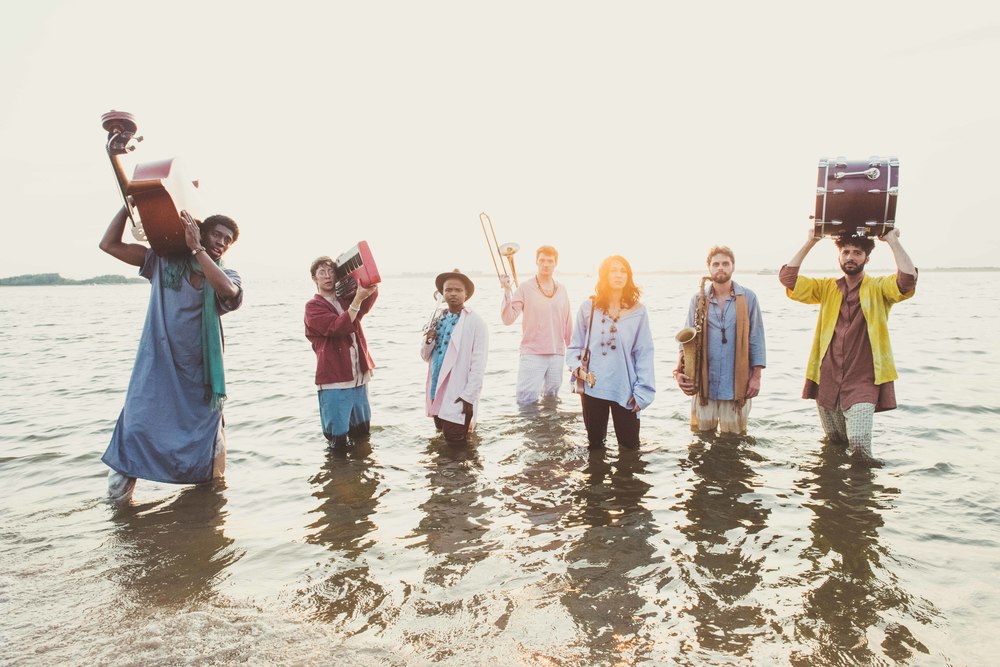 Sammy Miller and The Congregation are on a mission, crisscrossing the country like a vaudevillian revival show with evangelic fervor for music. The New York City-based, collective has been described as having meshed the sensibilities of Ben Folds and the Preservation Hall Jazz Band, freely mixing vocal and instrumental tracks.  As individual musicans, each has played with notable artists including Wynton Marsalis, Lady Gaga, Jason Mraz, and Beyonce and collectively the group has performed at Umbria Jazz Festival, Monterey Jazz Festival, Jazz At Lincoln Center, The White House, The Kennedy Center, Prokofiev Concert Hall in Russia, and at the Newport Jazz Festival

“We want to get people back in a room together,” Sammy Miller says. “I love the idea of being unhinged, sincere, vulnerable, and breaking down walls through humor. Music is an uplifting gift, and I want to be generous in sharing it with people.”