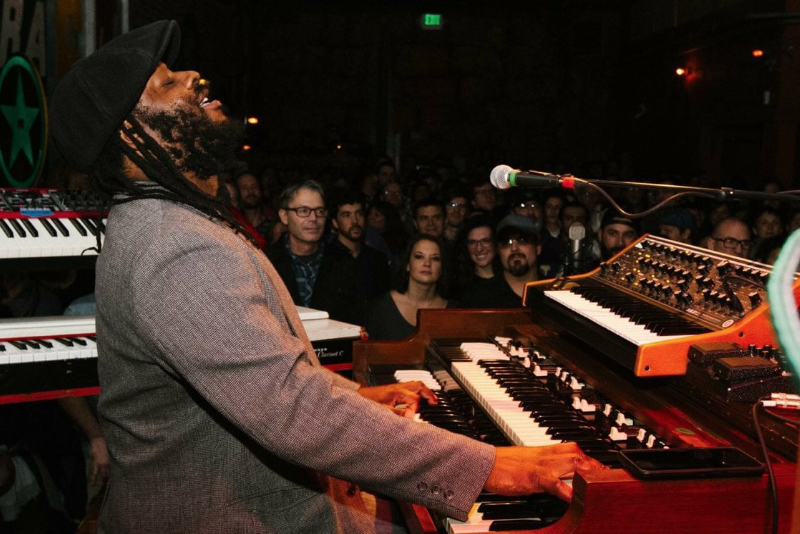 Delivering an infectious blend of soul, jazz and rhythm & blues, the DELVON LAMARR ORGAN TRIO proves to be a band on the rise. Their tantalizing grooves, lush sounds and vibrant jam sessions are always fresh with improvisations strengthened by their undeniable chemistry. This Seattle based trio — Lamarr on B-3 organ, Jimmy James on guitar and Michael Duffy on drums — evokes a classic instrumental sound with a pioneering, virtuosic sensibility all its own on debut LP Close But No Cigar. Featured on Seattle’s KEXP’s “Local Artist Spotlight” in July 2017 followed by a live performance at Upstream Music Festival broadcast by KEXP that has garnered over 5 million views, Delvon Lamarr Organ Trio has captured the attention of audiences around the world. The band put out their album independently in 2016 and Colemine Records gave it a wide release in March 2018 to critical acclaim.​