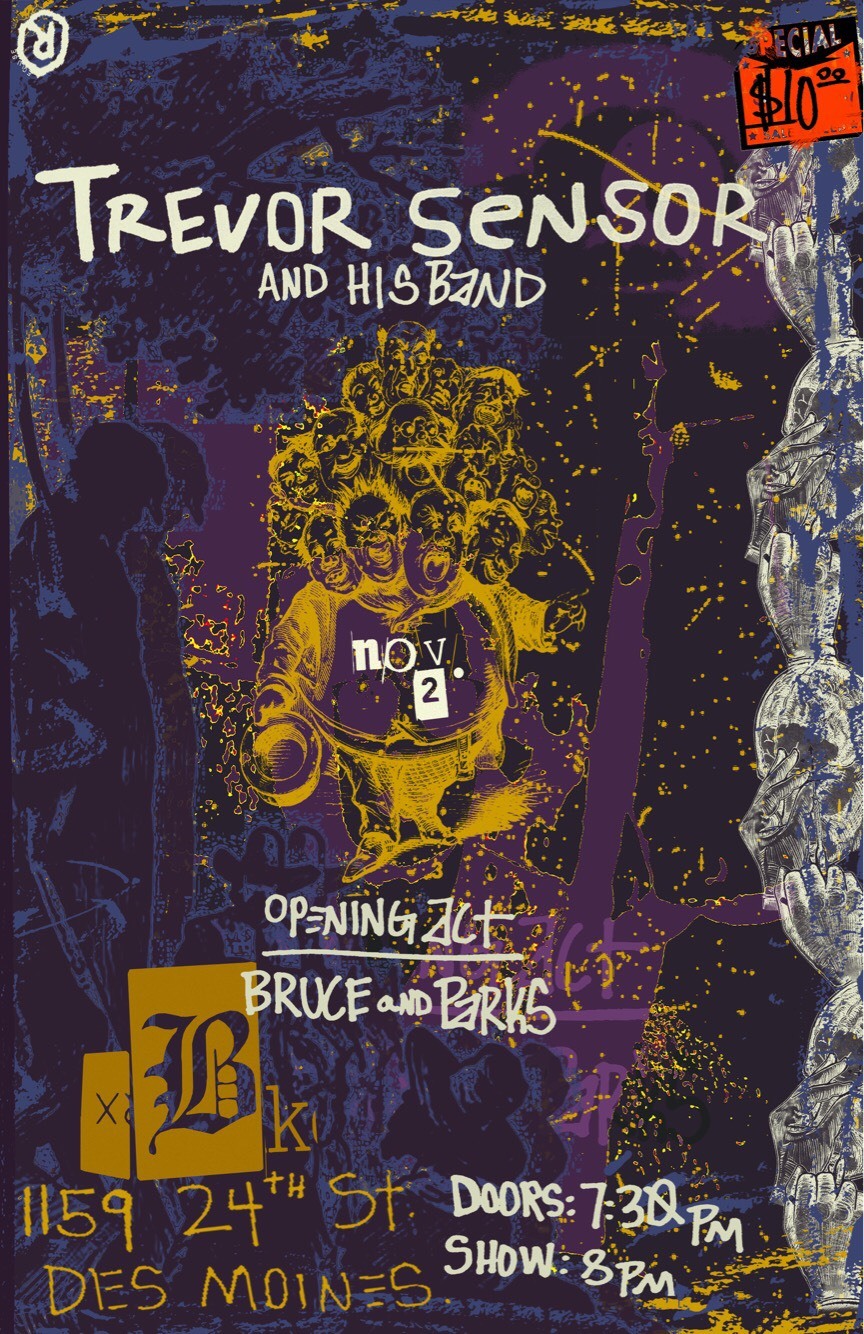 Known for his distinctly husky vocals, intellectual lyrics, and atmospheric folk-laden, punk-infused indie rock, Trevor Sensor is an American singer/songwriter from Sterling, Illinois. Growing up in the small city (occasionally deemed the "former hardware capital of the world"), the abandoned factories and working-class bars that adorn the rust belt landscape ultimately fed into what the young songwriter would use to fuel his musical creations. This, alongside the elusive idea of pop culture and stardom, inspired Sensor to try and escape the city himself. He eventually relocated to Iowa, where he studied literature and philosophy at college. The words of great minds such as Marcel Proust, Søren Kierkegaard, and beat generation authors William S. Burroughs and Jack Kerouac, would be some of the vital elements to Sensor's art. He went on to discover his musical voice in a number of bands before penning his own songs, and after a number of live performances, he caught the attention of Indiana-based indie label Jagjaguar.

He put out his first official release, the Texas Girls & Jesus Christ EP, via the label in early 2016. The release received widespread acclaim and Sensor began to garner comparisons to iconic artists such as Tom Waits and Bob Dylan, as well as alternative acts that dominated the 2000s and 2010s such as Bon Iver and Sufjan Stevens. Following this success, he didn’t waste time and quickly followed up with his second EP, Starved Nights of Saturday Stars, later that year. The release was led by the single "When Tammy Spoke to Martha" -- another surefire example of Sensor's mature songwriting and ability to effectively paint a picture and tell a story with infectious and anthemic melodies, all the while drawing upon numerous styles and sounds. His debut full-length, Andy Warhol's Dream (the title refers to the artist's prediction of everyone's 15 minutes of fame and is also a reference to the celebrity culture of the 21st century), arrived in the summer of 2017, and was produced by Jonathan Rado of indie rock duo Foxygen. The record also featured guest appearances from Julien Ehrlich and Max Kakacek of the Chicago indie outfit Whitney.