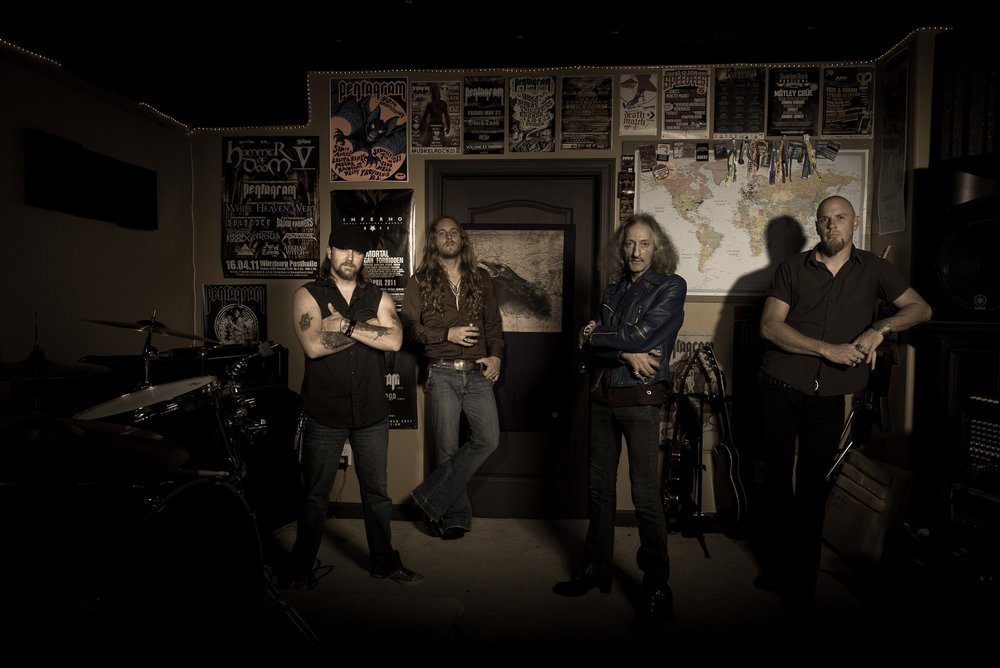 Bobby Liebling & PENTAGRAM have been churning out widely admired hard rock / doom metal for over four decades. Within its first, this D.C. band is largely regarded as pioneering not one but two subgenres of hard rock. At the onset of the 1970’s, they helped procreate a behemoth called, “Heavy Metal.” Nine years on, they’d be planting the dark seed of what would grow to be known as “Doom.” 2011 marks the 40th Anniversary of this American treasure and see the release of their new album, Last Rites, on Metal Blade Records.

When asked about his old band’s beginnings, co-founder and drummer Geof O’Keefe recalls, “It was 40 yrs ago in the fall of 1971. I’m not sure if it was literally Halloween night but it was at least pretty close. I was sitting around with Bobby Liebling, my best friend from school. We were bemoaning our own bands, Shades of Darkness and Space Meat. We were also talking about how Blue Cheer had lost both their fire and guitarist Leigh Stephens. Cream had disbanded, and Hendrix had been dead a year.” That night an idea that could change hard rock history dawned on them. They should join forces start a new group playing all original music influenced by the heavier bands they both loved! Out of love and frustration, PENTAGRAM was born.​