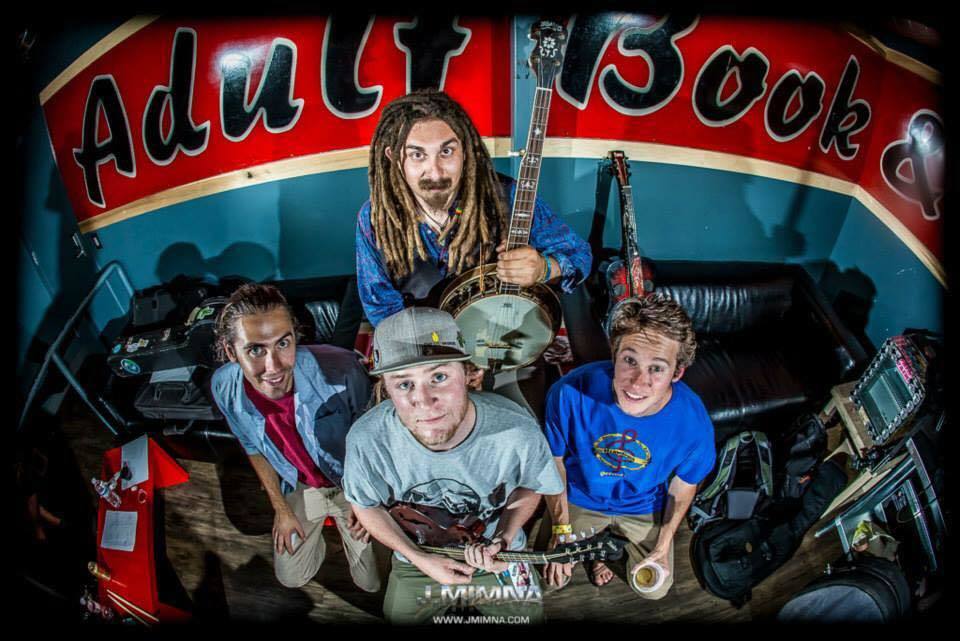 Montana-bred bluegrass outfit Kitchen Dwellers are captivating fans across the country with their high-energy live performances and unique approach to traditional music that fans have dubbed Galaxy Grass. Formed while attending college at Montana State, the group has burst onto the bluegrass scene sharing the stage with acts such as Railroad Earth, Greensky Bluegrass, The Infamous Stringdusters and Twiddle. In recent years the band has begun to tour nationally, hitting notable venues and festivals around the country including The Brooklyn Bowl, The Fox Theatre, Delfest, Telluride Bluegrass Festival, Northwest String Summit, and The Frendly Gathering. 2017 has seen the band release their second studio album, "Ghost In The Bottle" while continuing to push the boundaries of their genre.