Laid Back Country Picker and 49 Winchester 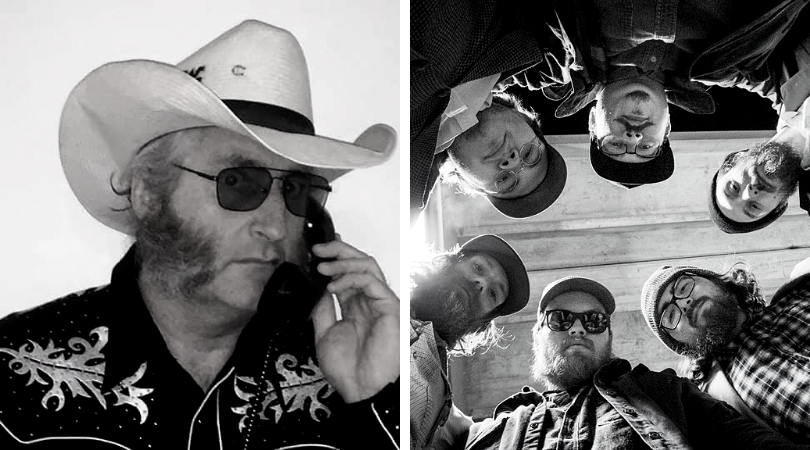 Online ticket sales have ended.  Tickets are now available at The Willow Tree

The fellas of 49 Winchester introduced us to the music of Laid Back Country Picker and we have been big fans ever since. So we are very excited to have him and his band come play for us at The Willow Tree, and we are extra excited that 49 Winchester will be joining the night! It"s going to be a fantastic night of music, so much so you will probably want to get your tickets quick!

"I'm just trying to play some good country music and treat everybody right." ~ Laid Back Country Picker
Influences: 60s-70s country music, when it meant something.

49 Winchester: Hailing from the heart of Appalachia in Russell County VA, 49 Winchester's sound is drenched with blues, soul, southern rock, and country influences. An eclectic blend of musicians from different backgrounds, they have forged out a genre bending sound that is uniquely their own. Lead singer & guitarist Isaac Gibson's powerful raspy vocals and honest lyrics, supported by a muscled 3 guitar attack, steel guitar, and a rock solid rhythm section provide a sound and spirit laden with emotion, both high and low.

Making their musical beginnings as childhood friends, Isaac Gibson & Chase Chafin began playing songs together on the banks of the Clinch River & the steps of the abandoned buildings in “Old Castlewood” Virginia. The echos of a once bustling town, empty train station and hotels of Winchester Street provided a perfect backdrop to their country, blues, and ragtime influences. With added guitar work from longtime friend Bus Shelton, the young band began playing shows in 2013 as an acoustic folk-trio in the months after high school and was well received into the region’s strong culture of grassroots music.

Over time, and with the addition of a rhythm section, the bands sound became something with more grit and power. Their childhood influences of rock and roll, blues, and country, molded the music into something that is totally unique and all their own. With a consistently heavy touring schedule, 49 Winchester has since played venues & festivals across the East, delivering the songs of Isaac Gibson in a powerful live show.

Their 2018 sophomore album "The Wind" was self-produced at Bristol VA's Classic Recording Studio with Mike Stephenson and features driving electric guitars and drums matched with jangling mountain banjo melodies. The 11 poetically straight-forward tracks touch on the topics of despair, love, & self-reflection with emotion & excitement that mirrors the energy of their live performance.