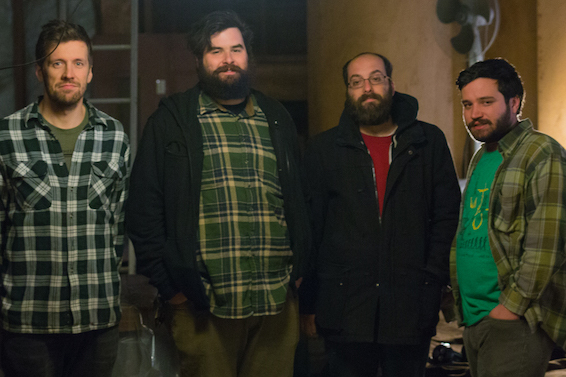 From their earliest days as the solo project of frontman Rick Maguire, Pile have followed an unusual path through a decade in which rock bands have generally receded from the cultural spotlight. Starting out in 2007, in the then thriving Boston DIY scene, the band rapidly became heroes and standard-bearers for their hometown’s music community, garnering a cultish-adoration that has only intensified as that cult has grown, expanding by word of mouth along the Eastern seaboard and across the country over 10 years that have seen 6 full length albums and 100s of shows in basements, bars, punk houses and clubs.

With their last full length, 2017’s A Hairshirt of Purpose, Pile found their widest audience to date. Hailed as a release that communicated the inimitable quality of the live shows that have made the band near-legendary in certain circles, the album received praise from all quarters, earning them a critical-acclaim commensurate with the praise, heaped on them by their contemporaries, that had long granted them “your favorite band’s favorite band” status.​