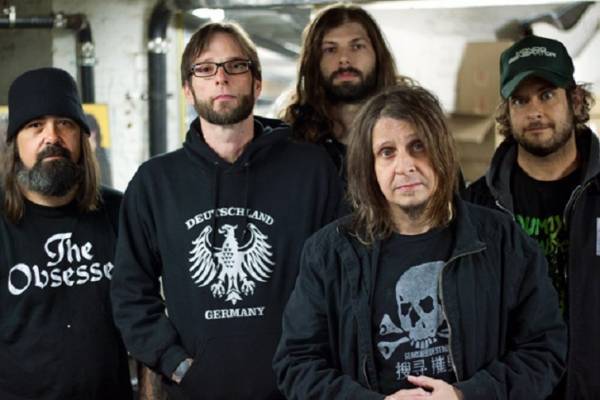 EYEHATEGOD (also known as EHG) is an American band from New Orleans, founded by Jimmy Bower and a different line up in 1988. Soon after the group formed, Mike IX Williams became the 2nd vocalist and Joe LaCaze became the 2nd drummer, followed by Brian Patton on guitar. The band solidified in sound and style except for a revolving bassist position. Gary Mader joined in that capacity for a Japanese tour in 2002 and has remained there ever since.

As one of the most influential bands to come from NOLA, they have noted Black Flag, The Melvins and Black Sabbath as a domineering and significant influence to their sound today.
That combined with the sound of Southern Rock, Blues riffs and Hardcore Punk has made EYEHATEGOD one of the most reputable and distinctive bands ever, even defining a brand new genre now known as Sludge, though the band strays away from being labeled as such.​