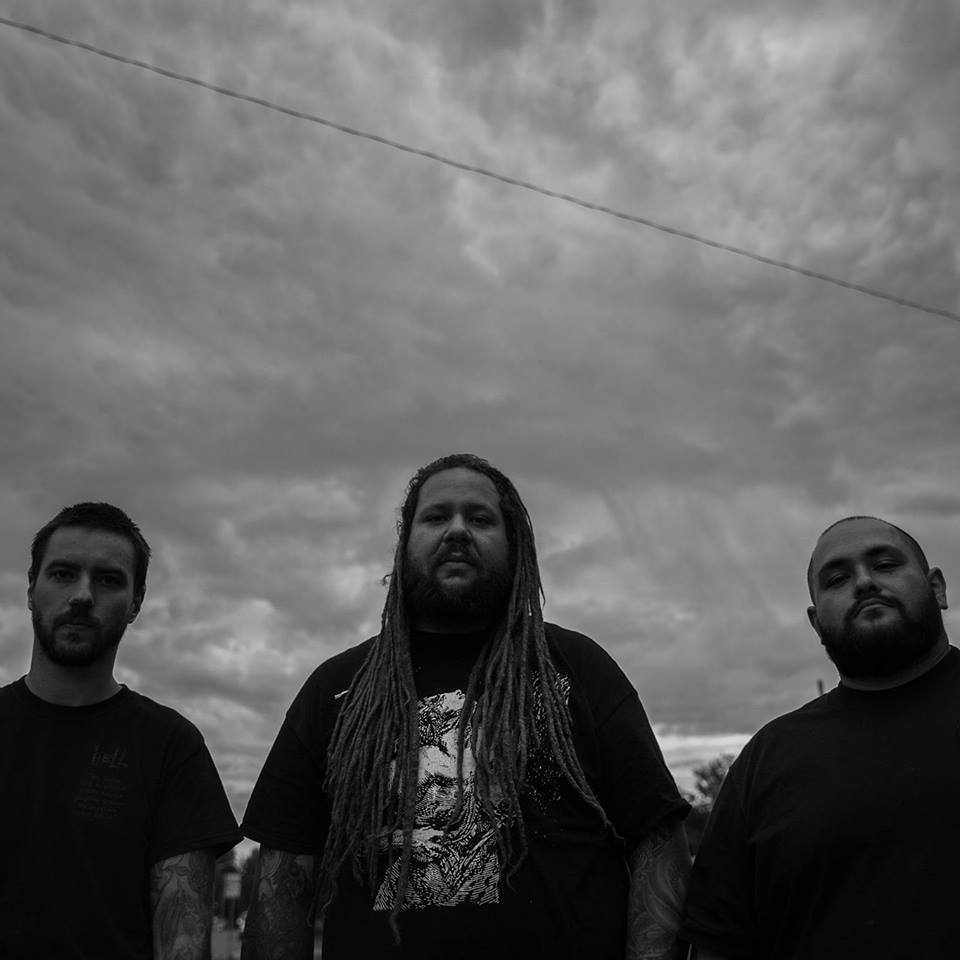 Denver’s PRIMITIVE MAN’s music matches its name: a savage, sparse mix of death metal, blackened noise, and doom riffs. The threepiece was formed in February of 2012 by Ethan Lee McCarthy, Jonathan Campos, and Bennet Kennedy (all current and former members of Vermin Womb, Withered, Clinging To The Trees of A Forest Fire, Death of Self and Reproacher). In October of 2012 the band recorded their debut LP Scorn at Flatline Audio with Dave Otero (Cephalic Carnage, Cobalt, Catheter, CTTTOAFF). Scorn was released a collaboration between Throatruiner and Mordgrimm Records. After the release of Scorn, the band parted ways with Kennedy and recruited Isidro "Spy" Soto to temporarily take over on drums for a number of tours/releases before settling on a permanent replacement in drummer Joe Linden in 2015. The band also self-released a three-song EP in February titled P/M.​