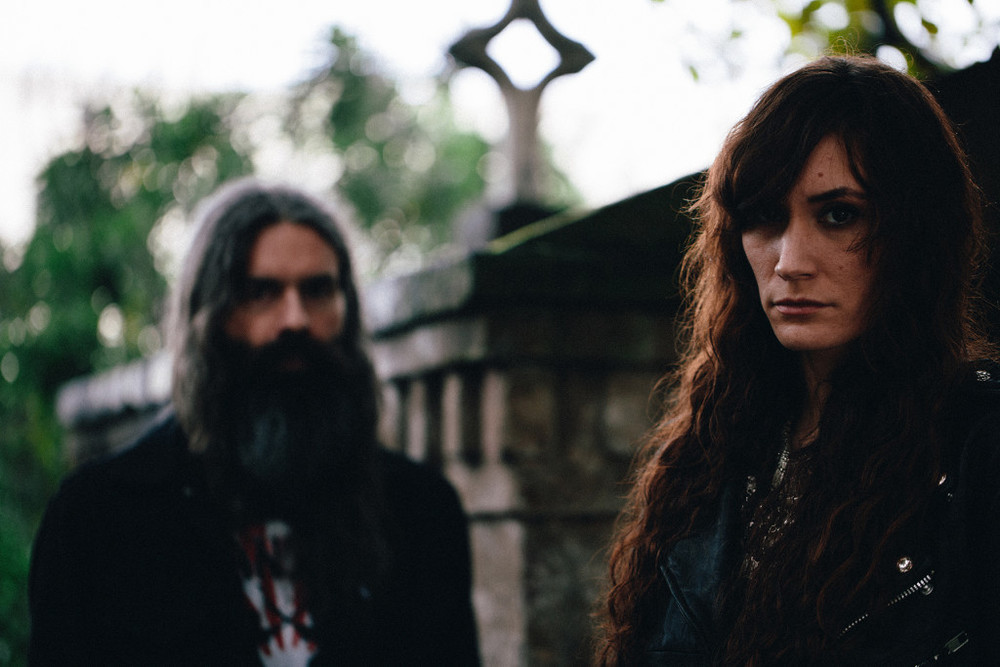 CASTLE was forged in San Francisco in 2009 and released their debut full-length, In Witch Order, on Germany’s Ván Records in 2011. The album brought light to the newly-formed band and earned them “Album Of The Year” honors from Metal Hammer Norway. Shortly thereafter, the band joined the Prosthetic Records roster in North America and released both their critically-acclaimed sophomore album Blacklands, which led to a Canadian JUNO nomination for “Metal/Hard Music Album Of The Year”, and 2014’s influential follow-up, Under Siege.

Since the release of their first album, CASTLE, which consists of vocalist/bassist Elizabeth Blackwell, guitarist/vocalist Mat Davis and various touring and recording drummers, have maintained a relentless tour schedule, performing over six-hundred shows worldwide alongside the likes of The Sword, Conan, Intronaut, and Pentagram among many others as well as appearances at some of the underground’s largest fests including Roadburn, and the London and Berlin Desertfests and the band's first ever tour of Japan last year.​